skip to main | skip to sidebar

Day 3 at the BBC - ferret rescue

Things got a lot more hands on for me today, which was a welcome change indeed! I was assigned to work with the mid morning show producers and after a quick brainstorm of topics (they seemed incredibly relaxed considering the show was starting in less than 90 mins), they set me off researching topics and lining up callers. I spoke to a lifeboat man who had been involved in slightly unusual rescue – saving two ferrets stranded on rocks by the tide. Once I’d lined him up as a caller for the show, it was up to me to write a script for Jonathan, the presenter, to lead in with and then the questions he would be asking. It was pretty cool hearing the words I’d written go live on air on only my third day. Sitting with producer Jo in the studio for the second hour of the program, I answered phones to callers with requests, traffic updates and some fairly hilarious stories – which for the sake of maintaining their dignity,  I won’t go into. Oh, and I featured in the program elsewhere when Jonathan told the story of how I’d been misunderstood when I tried to ask for jam on my French exchange and accidentally asked for a condom instead!

I love local radio. Today's breakfast show featured an 81 year old who'd been banned from her cricket club for allegedly chasing children off the pitch! Ferrets, old ladies...I wonder what's coming next...
Posted by Tamsin Gray at 9:25 AM 70 comments:

Working at the BBC

I know I haven't posted anything for quite a while, but right now I'm up to something pretty interesting so I thought it might be nice to share. I'm working at BBC Newcastle for 3 weeks, as a 'science media fellow'. I'm part of a scheme set up by the British Science Association to help scientists understand the media world so that hopefully, they can communicate their work more successfully. As I work on climate change, in my view, a very poorly communicated subject, I thought it was worth a stab. And here's how I'm finding it so far...


First few days at the beeb

I wanted to see into another world and I certainly got that chance on my first day. Probably the highlight was a trip to see Claire in Gateshead, to interview her and meet her Royal Python Cyril. Claire runs a company callled Zoo Academy that takes exotic animals out to schools and teaches them about conservation.  BBC Newcastle sent their reporter Jordan out to meet her and let me tail along. Before heading out on the road I was handed a health and safety document to read which warned of the dangers of bites, trampling or crushing injuries whilst working with animals, a little bit worrying. Back at the studio Jordan cut and clipped for a mere ten minutes, then spend 30 secs thinking of the perfect strap line for the presenters to lead into the story. He made it look so easy, never so much as pausing for thought. I asked if he’d prepared his interview questions beforehand, “I used to when I started out, and maybe I still will if I’m talking politics but otherwise I just ask what comes into my head at the time.”  I was impressed and a little bit daunted, knowing later on in my placement I'll be out on my own.

The editor asked me today what had been my biggest shock in my first couple days. The thing that’s struck me most is just the totally relaxed atmosphere, and how at ease everyone appears all the time. The presenters drift casually in and out of the studio, sometimes seconds before they go live on air. The other thing is the pace of the media world. Unlike science where it often takes years to see the fruits of your labour, here they work on timescales of minutes and hours.  They just get on with it and get the job done, no messing around. Maybe the ability to just crack on with things is something useful I can take back to my scientific work! 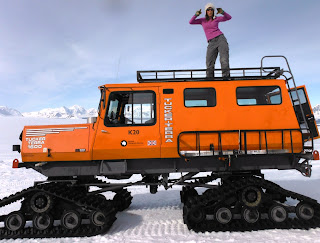 A glimpse into the world that keeps drawing me back for more...

Some Things Never Change
Here's a link to my account of the month of June here at Rothera, recently posted on the British Antarctic Survey Website:

Take a look at the mad men and women I'm stranded with for the next dark months! Should be interesting... 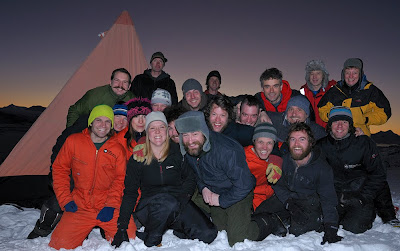 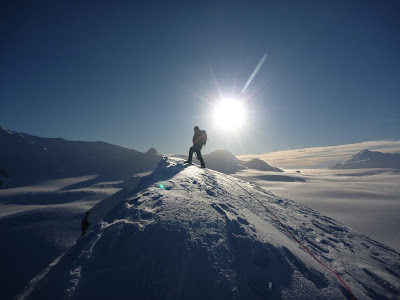 Admiring the view from the summit of imaginatively named peak N26 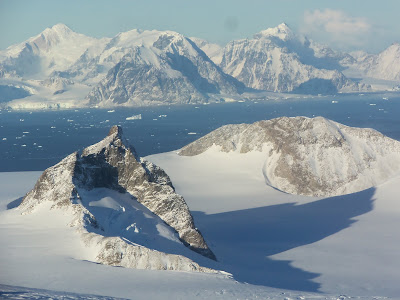 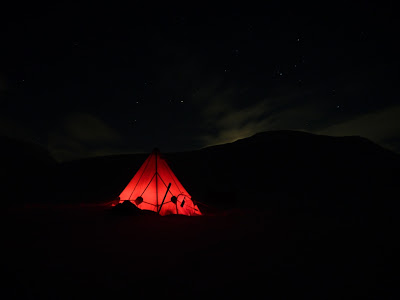 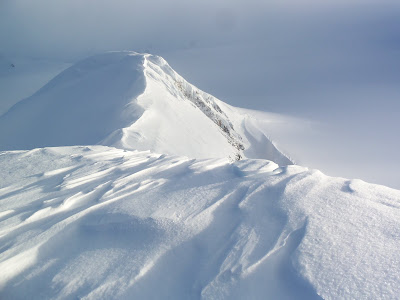 Another Antarctic summit, this time I descended in style, snowboarding 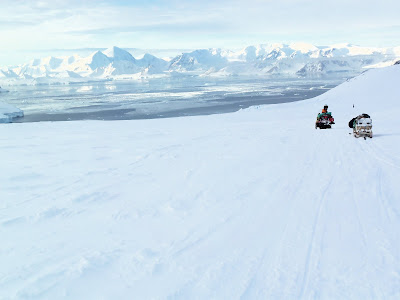 View across the bay. We travel around the island two by two, each driving a snowmobile and pulling a sledge carrying everything we need to survive, all tied together by thick ropes just in case we are unlucky enough to drive across a crevass.